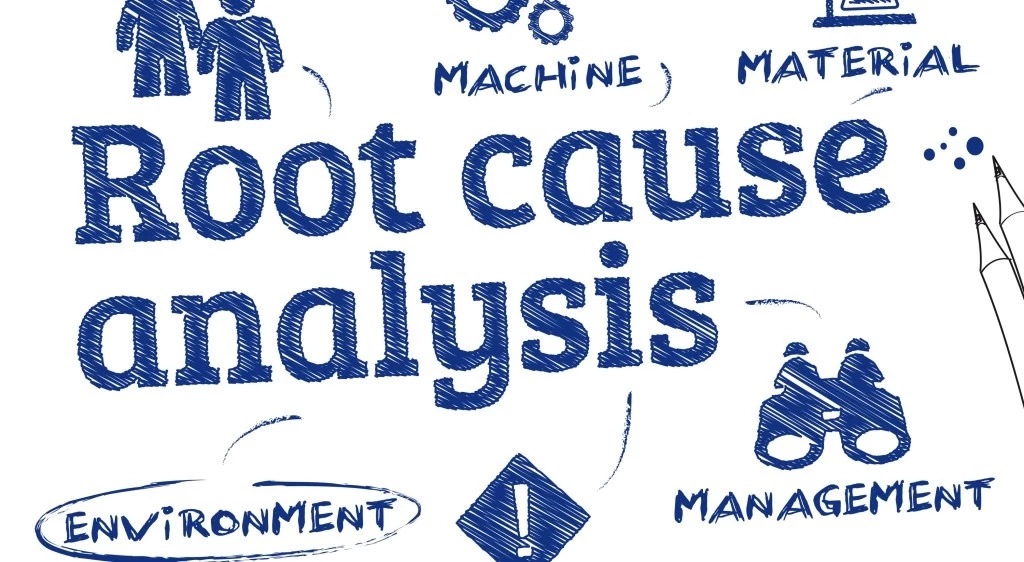 What is Root Cause Analysis?

When do we need RCA

Examples of events where RCA is used to solve problems and provide preventive actions include:

The primary goal of using RCA is to analyze problems or events to identify:

Implementing RCA will help the agency:

Core Principles for Conducting a Successful Root Cause Analysis

There are a few core principles that guide effective root cause analysis which will help the analysis quality, and also help the analyst gain trust and buy-in from stakeholders, clients, or patients.

Despite the different approaches among the various schools of root cause analysis and the specifics of each application domain, RCA generally follows the same four steps:

To be effective, root cause analysis must be performed systematically. A team effort is typically required. For aircraft accident analyses, for example, the conclusions of the investigation and the root causes that are identified must be backed up by documented evidence.

Read Also: 6 Methods of risk assessment you should know

Root Cause Analysis Techniques and Methods

RCA can be comfortably be broken down into four steps:

RCA generally serves as input to a remediation process. The name of this process varies from one application domain to another. According to ISO/IEC 31010, RCA may include the techniques:

Here is how the 5 WHY’S approach work – For every answer to a WHY question, follow it up with an additional, deeper “Ok, but WHY?” question. Common wisdom suggests that about five WHY questions can lead us to most root causes—but we could need as few as two or as many as 50 WHYs.

After these five questions, we discover that the root cause of the concussion was most likely from a lack of available helmets. In the future, we could reduce the risk of this type of concussion by making sure every football player has a helmet.

FMEA Analysis (Failure Mode and Effects Analysis) is a failure analysis method which works by discovering potential failures that may exist within the design of a product or process.

FMEA Analysis (Failure Mode and Effects Analysis) can be fragmented into two-part:

FMEA aim at allowing organizations to anticipate failure during the design stage by identifying all of the possible failures in a design or manufacturing process.

A fault tree analysis is a top-down map used to identify the causes of an identified hazard or an undesirable event. This could be anything from your car being stolen to a jet crash. This method was originally used in aerospace but it’s become a tool that can be used to analyze hazards in any workplace.

The way the analysis works is by drawing out a kind of map. At the very top should be the undesired event itself, something like “Jet loses power.”

Under that event, you would list all possible components and systems that could have caused that event to happen. Each of them is marked by an icon that either indicates “And” or “Or.” An “Or” cause is a single item that could, by itself, cause the event. An “And” indicates that the cause would only be one of the factors that contributed to the undesirable event.

So, if we take our example of the jet losing power, the “Or” items could include:

Once you’ve identified all of the potential causes that could lead to the negative event, you can proceed to set up control measures for them. That’s what makes the fault tree analysis such a helpful tool: you don’t have to wait to identify the hazard that led to the incident you want to prevent. Instead, it lets you take proactive steps to deal with any of the hazards that could lead to it.

Read Also: How to use the risk assessment matrix effectively

Common uses of the Ishikawa diagram are product design and quality defect prevention to identify potential factors causing an overall effect. Each cause or reason for imperfection is a source of variation. Causes are usually grouped into major categories to identify and classify these sources of variation.

In the Ishikawa diagram, the defect is shown as the fish’s head, facing to the right, with the causes extending to the left as fishbones; the ribs branch off the backbone for major causes, with sub-branches for root-causes, to as many levels as required.

Pareto Analysis uses the Pareto Principle – also known as the “80/20 Rule” – which was coined by Italian economist, Vilfredo Pareto, in his 1896 book, “Cours d’économie politique.”

Steps to conduct a Pareto analysis are –

Which One Is More Effective: An Air Purifier Or Ionizer? Find Out In This Guide

How Dirty Air Ducts Can Affect Your Health