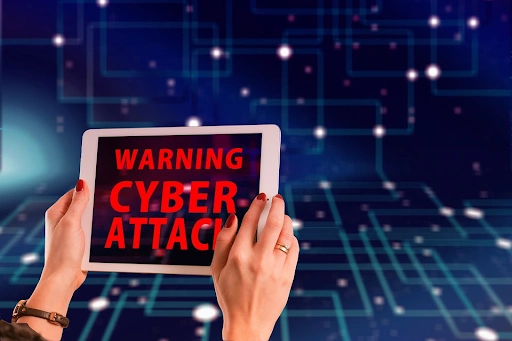 Data theft has become a severe issue as everything today, from personal information to business data, is stored and accessed online. Hackers are always actively looking to steal your personal and enterprise data.

In recent years there have been numerous incidents where hackers hacked into online accounts of large companies, government organizations, and many renowned people, leading to massive financial losses. After these incidents, organizations worldwide have developed numerous cyber security solutions to protect personal data. PKI is one of them. It is a framework of encryption and cyber security that safeguards your online personal information.

In a short time after its inception, PKI has become an essential part of every business around the globe. It has secured tons of online information and data, thus restricting data hacking and improving cyber security.

With such trusted online security, PKI has become so vital to cyber security that all organizations must adopt it to secure their data. But before implementing, it is crucial to understand all aspects of PKI so one can use it to its full advantage.

Therefore, if you are looking for any PKI solution for your enterprise, this article will help you understand how PKI protects your online information, its components, and common use cases.

Public Key Infrastructure (PKI) is the security framework that governs the issuance of digital certificates to protect sensitive data, provide unique digital identities for users, devices, and applications, and secure end-to-end communications. In technical terms, it is a two–key cryptosystem that helps all IT (Information Technology) systems maintain high levels of information confidentiality, encryption, and confidence.

The most common form of PKI encryption businesses use today involves a public and private key. Anyone can use a public key to encrypt a message. Whereas the private key, also known as a secret key, is used only by one person to decrypt a message. Bot these keys can be used by people, devices, and applications.

How Does PKI Works To Protect Your Online Information?

In symmetric encryption, a typed message goes through mathematical permutation and gets encrypted. The encrypted message is so secure that it is difficult to break. It is because the plain message during encryption is converted into a different code language and doesn’t always come out the same. For example, the message “LLLLL” would be encrypted to the five other characters.

Asymmetric encryption eliminates the risk of a message being broken by creating two different cryptographic keys. These keys are – Private Key and a Public Key.

In asymmetric encryption, a message also goes through mathematical permutations to get encrypted. But it requires a private key to decrypt a message.

Role Of Digital Certificate in PKI

The symmetric and asymmetric encryption have one major loophole: How do you confirm that the public key you received belongs to the actual person?

PKI fixes this loophole by issuing and governing digital certificates. These certificates confirm the identity of people, devices, or applications that own private keys and corresponding public keys. To sum up, PKI assigns identities to keys so the recipients can verify the owner. This digital certificate verification process helps the user ensure that if they send an encrypted message to a particular person or device, no one else will receive it.

The certificate is created in the following way:

What Are the Common Uses Cases For PKI?

Public Key Infrastructure (PKI) is used in various business cases. Some of the most common uses of PKI are:

PKI secures your personal information and the online world by encrypting communication channels and protecting sensitive data. It has become an essential part of cyber security and has grown in importance as the use of devices and applications continues to explode. But building and maintaining a solid PKI program isn’t easy and requires lots of research and implementation effort. You can use the above article to guide yourself in implementing PKI for your enterprise.

What Is The Minimum/Maximum Temperature In The Workplace?