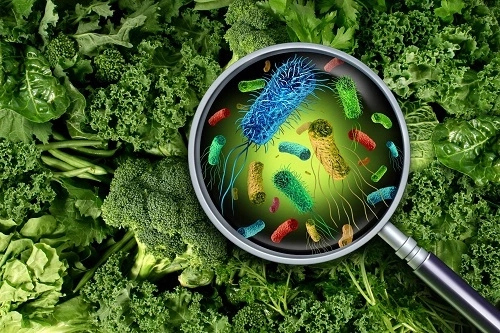 The food industry seems safe at first glance; however, some of the foods that we consume on a daily basis are more hazardous than others, and the Food and Drug Administration (FDA) has released several warnings concerning the presence of chemical hazards in our food supply over the past few years. These dangers may be lurking in your kitchen right now. Here are 10 shocking examples of chemical hazards in the food industry that you should know about, along with ways to reduce your exposure to these potential poisons and, hopefully, keep you and your family safe from them.

One example of a chemical hazard is pesticides. Pesticides can be found on most fruits and vegetables, and it’s important to make sure that you know what is on your food. Pesticides are chemicals used to kill bugs that eat crops. This means that they are also killing any bugs or animals that happen to come in contact with them! It’s scary to think about how many people use these dangerous chemicals without thinking about their effects.

As scary as it is to think about, there are even worse chemicals that are sprayed on crops. In addition to pesticides, farmers will often use other chemicals on their produce. These chemicals can make food taste better and last longer before going bad. Many people don’t realize that they are consuming these chemicals when they eat their fruits and vegetables because they wash all of it off with water before serving it.

BPA is a synthetic estrogen commonly used in plastics and linings of food cans. Research indicates that exposure to BPA could lead to reproductive problems, cancer, heart disease, type II diabetes and obesity. To prevent adverse effects, avoid canned foods and opt for fresh or frozen produce whenever possible.

BPA is an endocrine disruptor, and its effects on humans have not been studied extensively. However, animal studies have shown that BPA can alter hormonal activity, which has potentially damaging consequences. In addition to exposure from food packaging, BPA can also be ingested from dental sealants or if you smoke or work with epoxy resins. Protect yourself by limiting your consumption of canned foods and avoiding handling money after handling receipts printed on thermal paper.

Phthalates are a group of chemicals that give plastic flexibility and durability. A recent study found that men with higher levels of phthalates were more likely to have small genital size and report lower levels of sexual function than men with lower levels. The effect was most pronounced among white men, who experienced a 20 percent reduction in their average penis size after being exposed to high phthalate levels. Animal studies show similar effects, indicating that it’s not just an issue for humans, but also rats.

A similar effect was seen when high levels of phthalates were fed to pregnant rats. Their male offspring tended to have significantly smaller genitals, delayed sexual maturity and lower testosterone levels than those that ate food with low levels of phthalates. The rats exposed to high phthalate levels also preferred taking less risks during mating. This suggests there is a strong connection between environmental exposure to phthalates and reproductive health problems. However, not everyone agrees on whether these results are applicable to humans.

Artificial coloring agents have been found to cause developmental defects and other health issues. The Center for Science in Public Interest has a list of artificial food colorings that should be avoided, including red 40, yellow 5, yellow 6, blue 1, blue 2 and more. These are suspected carcinogens and allergens that could pose serious harm to consumers’ health if consumed regularly. This includes foods like soda (gasp!), candy, cereal, ice cream and more.

Most recently, research has linked glyphosate, an herbicide commonly used on genetically modified crops and common lawn weed killer, to a host of diseases including non-Hodgkin’s lymphoma and Alzheimer’s. Glyphosate is one example among many that indicate just how important it is to eat natural, whole foods as much as possible.

Not only does glyphosate contribute to foodborne illness, it also kills human intestinal bacteria. Gut health is an essential part of overall health, and killing off natural gut flora has been linked to a wide range of diseases. Plus, when you kill your good bacteria with pesticides or antibiotics, you’re allowing bad bacteria to grow unchecked—and they can wreak havoc on your body.

These preservatives are used to color and preserve many cured meats and vegetables. They can be converted by bacteria in our digestive tracts into cancer-causing compounds called nitrosamines. A study published in Cancer Research found that people who ate two servings of any type of processed meat per day had nearly a 50 percent higher risk for gastric cancer than those who ate less than 0.5 serving per week.

Although they are also used to preserve some types of fish, they can cause severe reactions, including asthma attacks and anaphylactic shock, which is a severe allergic reaction that blocks blood flow to vital organs.

Many chemicals added to furniture, electronics and other household items to prevent fires contain a substance called polybrominated diphenyl ethers (PBDEs). PBDEs can leach into food and water, and have been associated with negative health effects including thyroid problems. There is no legal limit on how much PBDE can be added to consumer products.

Flame retardants are used to make consumer products more fire-resistant. While their use has been found to prevent fires, they have also been shown to have detrimental effects on human health. Flame retardants have been linked with neurological disorders, cancer and reduced fertility. In recent years, studies have also suggested that exposure to flame retardants is associated with decreased IQ and memory in children.

An animal study has also linked maternal exposure to flame retardants with delays in brain development and changes in behavior.

Some ingredients are added to food products to preserve flavor, color, and texture. Several chemicals, such as bisphenol A (BPA), which is used in epoxy resins used for water-storage containers and can linings for metal cans containing foods; potassium bromate, which is a dough conditioner used to enhance baking quality; azodicarbonamide (ADA), which is a chemical bleaching agent used in flour making that has been banned in other countries but still permitted by U.S.

Sodium nitrite is used to cure meats, and it can react with secondary amines present in foods to form carcinogenic compounds. Potassium bromate is also a carcinogen according to California’s Proposition 65. Azodicarbonamide has been linked to asthma, as well as systemic inflammation and irritation in animals. It has also been linked to higher levels of tumor markers for colon cancer.

Even More Serious Than BPA Plastic is everywhere. For example, even if you don’t drink from a plastic water bottle or eat out of plastic dishes, chances are there’s some amount of plastic in your food. Why? Because chemicals such as bisphenol A (BPA) are added to food packaging to protect against bacterial growth and contamination and make it easier to peel labels off.

Microplastics, which is more serious than BPA; While it may not be as widespread and well-known as BPA, microplastics are a massive problem with even larger consequences than BPA. A report by Orb Media has recently indicated that 93% of water samples tested were contaminated with microplastics!

And while they may be smaller than BPA, microplastics are a big problem. As cited by Orb Media, a recent study showed that 93% of water samples taken around Lake Erie were contaminated with microplastics; and those tiny particles can have a massive impact on our health.

What’s more? According to a new study published in Environmental Science & Technology, approximately 4% of all fish contain plastic microfibers, suggesting that we should eat no more than one meal per week!

Acrylamide is a carcinogen that’s created when starchy foods, like potatoes and grains, are baked or fried at high temperatures. While acrylamide doesn’t pose any immediate health risks (it takes years to develop), it’s important to avoid fried or baked foods as much as possible—especially if you’re over 40.

In its natural form, boron is found primarily in nuts and legumes. However, manufacturers have extracted boron from stones to use as a fumigant, pesticide, herbicide and preservative agent. That’s worrisome because it’s been linked to reproductive problems and adverse effects on plants. Ingesting high levels of boron can also cause issues like headaches and vomiting.

In one study, researchers fed boron to rats over a period of 40 days. What they found was that it caused an increase in harmful estrogen metabolites. This is significant because excess estrogen can promote breast cancer growth and cause other issues like infertility and early menopause.

Boron can also be found in borax, a common household cleaner. Ingesting it orally for extended periods of time is associated with all sorts of negative effects, including vomiting and nausea. It’s important to note that borax has often been promoted as an alternative to chlorine bleach by those opposed to vaccines and other medicines. However, using it as a disinfectant could actually make you sick!

How The Rebar Safety Caps Work

How The Rebar Safety Caps Work