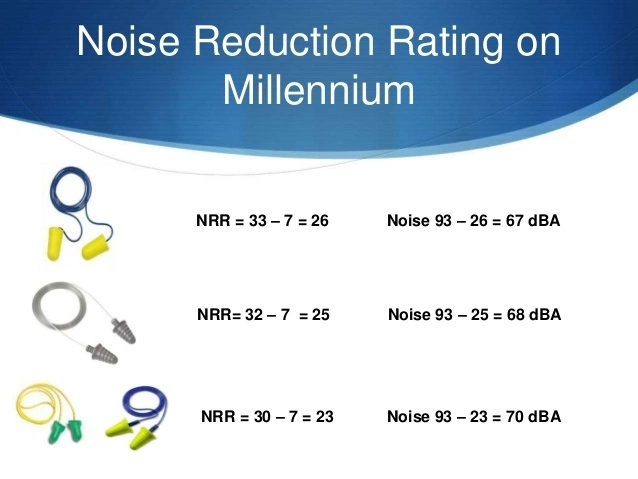 Noise Reduction Rating (NRR) is a unit of measurement used to determine the effectiveness of hearing protection devices to decrease sound exposure within a given working environment.

NRR is sometime referred to under the umbrella term of “Hearing Protection Rating,”. Noise Reduction Ratings can be said to be a set of “rules” that are set in place to serve as an absolute point of reference for those who are serious about protecting workers hearing faculty. The NRR essentially functions as a “ruler” that measures how well a particular piece of hearing protection or equipment may work in real time and space.

Classified by their potential to reduce noise in decibels (dB), a term used to categorize the power or density of sound, hearing protectors must be tested and approved by the American National Standards (ANSI) in accordance with the Occupational Safety & Health Administration (OSHA). The higher the NRR number associated with a hearing protector, the greater the potential for noise reduction.

According to OSHA (Occupational Safety and Health Administration), here are the methods for estimating the adequacy of hearing protector attenuation using NRR (Noise Reduction Rating) of a given hearing protector:

For single protection (either muffs or plugs) is as follows:

If C-weighted noise level data is not available, A-weighted data can be used by subtracting a 7 dB correction factor from the NRR, as follows:

For dual protection (ear muffs and plugs are used simultaneously) use the following:

Read Also: How to know when a noise is too loud for your ear

Both OSHA’s experience and the published scientific literature have shown that laboratory-obtained real ear attenuation for HPDs can seldom be achieved in the workplace. However, to adjust for workplace conditions, OSHA strongly recommends applying a 50% correction factor when estimating field attenuation. This is especially important when considering whether engineering controls are to be implemented.

The equations as earlier expressed above would then be modified as follows:

These Health Care Workers Would Rather Get Fired Than Get Vaccinated

13 Most Common Workplace Injuries You Must Prevent