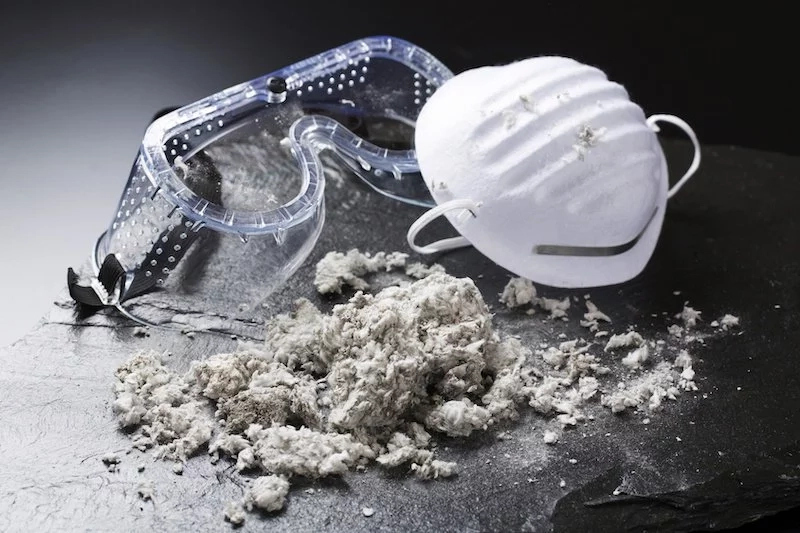 Anyone involved in manufacturing or production should be intimately aware of the legacy of asbestos. The diseases most commonly associated with the mineral – asbestosis and mesothelioma – commonly take 20 to 30 years to gestate, long after the underlying problems have been corrected. The result is that mistakes made as far back as the 1970s are still returning to haunt businesses – and may continue to do so for decades to come.

The length of time that exposure takes to manifest itself is a double-edged sword, however. While it has led to numerous lawsuits against firms active in that period, it also continues to lull modern businesses into a false sense of security. Despite the sweeping ban on asbestos, it still lingers in buildings around the country, and can easily still worm its way into supply chains. An awareness of asbestos is as important now as it ever was – and the impetus needs to come from the very top.

While we often think of asbestos as an antiquated threat, this couldn’t be further from the truth. Indeed, the United States has never completely banned asbestos, instead limiting what it can be used for. Asbestos is still widely used in roofing, protective clothing and the production of certain chemicals, and remains in hundreds of thousands (if not millions) of buildings around the world. We know for instance that over five million metric tons of asbestos was imported into the U.K., and as of 2018, the United States was still importing over 750 metric tons a year.

The production of asbestos to fill this demand still continues apace. Russia is now the world’s largest asbestos producer, and despite a number of global bans, much of the developing world still uses asbestos in the same way as 30 or 40 years ago. Other “developed” countries also have significant legacy issues with asbestos, such as manufacturing powerhouse Japan, where the substance was not completely banned until 2012.

As well as the risk of cross-contamination, there is also the direct risk of asbestos making its way into consumer goods. Asbestos has famously been detected in products that are reaching the U.S. and Europe, with Johnson & Johnson and Claire’s both grappling with recalls and class action lawsuits over asbestos in their cosmetics. In both cases, the presence of asbestos was only noted after private testing, and U.S. authorities lacked the power to enforce a ban, instead relying on the companies to take action. Asbestos has also been found in building materials, such as these wall tiles from China.

While concern over asbestos in the cosmetics industry grows, talk of degrading and damaged asbestos is far quieter. Yet with thousands of metric tons of asbestos in buildings around the world – much of it in an industrial capacity, and much of it over 40 years old – there is a real risk that the fibers begin to escape from previously inert materials, making their way into ventilation systems and contaminating products. This is especially true of large sites such as factories and warehouses, where asbestos maintenance is often put off due to the scale of the job.

It isn’t necessarily the case that any asbestos you find has to be removed immediately. Some asbestos is still perfectly safe when inert and undamaged – but this presumes that future damage is also unlikely. With the seeming increase in extreme weather events (floods, wildfires, tornados etc.), the risk of asbestos being disturbed may be greater than you think. There are also sources of asbestos which are less well appreciated, such as in cement drinking-water pipes, which could be a particular issue in food manufacturing and preparation.

If there is an aggravated risk of asbestos entering the supply chain – such as in the case of talc, or other materials in natural proximity to asbestos – then it’s important to be hyper-vigilant, and conduct your own testing rather than relying on your supplier. But contamination elsewhere is harder to predict, given the sheer scale of asbestos use in facilities around the world. The best thing anyone can do is to ensure that asbestos is properly catalogued, and that where it exists, people are trained to deal with it.

The very first thing you should do is to ensure your asbestos register is accurate and up-to-date, and that all employees have an awareness of the presence of asbestos. In the U.S., compiling a list of asbestos-containing materials (ACMs) will form part of your Asbestos Operations and Maintenance (O&M) program. For asbestos which is non-friable – in other words, not easily damaged by hand – making people aware of asbestos will prevent any accidental damage. You should update this at least annually, logging any degradation of the ACMs so that you can deal with the issues as they arise, rather than when the damage is already done.

If your facility contains any friable asbestos – asbestos which is especially prone to damage or degradation, such as lagging or loose-fill insulation – the best course of action is probably to remove it. This should be undertaken by properly licensed [PL1] professionals, ensuring that the asbestos is safely removed and that no dust or debris is left behind. While this may involve the closure of part or all of your facility for a time, dealing with the issue will ultimately benefit you in the long run, keeping people safe and healthy and removing the risk of any future safety violations.

The criteria for licensing will differ depending on where you are. In the U.S., asbestos abatement companies will be registered with OSHA and the EPA, and should be able to show the relevant credentials, although the precise laws may differ from state to state. You should also ensure that they are licensed to perform the work you are looking for; any removal of friable asbestos requires a Class III license. In the UK, removal companies must be registered with the Health & Safety Executive (HSE)’s Asbestos Licensing Unit, and you will be required to notify either your local authority, the HSE or the Office of Rail and Road (ORR), depending on your premises and activities.

Beyond dealing with the asbestos within your organization, you should try to ensure that all parts of your supply chain deal with asbestos appropriately. This is particularly true when sourcing anything from a country which still uses asbestos or has lower asbestos standards, particularly China. By mandating asbestos awareness training for employees as part of your tenders, you can ensure both that asbestos remains undisturbed in the short term, and that people are more aware of and vigilant towards it, so that they are more inclined to report any issues. When it comes to the safety of your people and products, it’s better to be preventative than reactive.

HSEWatch is an all-encompassing Health and Safety platform. Always visit HSEWatch for Insightful HSE articles, HSE Jobs, HSE Training opportunities and HSE News.
If you have any question as related to health and Safety, feel free to ask us, we will guide you as much as possible.

You can also advertise your Health and Safety related products and services here on HSEWatch, contact us today on – Ubongeh4life@gmail.com
We are waiting to be of service to you.