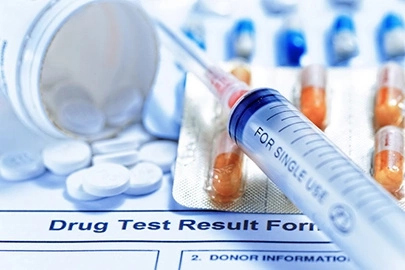 Poor quality medicine is one of the obstacles to improving health in developing countries. One in 10 medicines may not meet acceptable standards, according to the World Health Organisation (WHO).

The problem is prevalent on the African continent. The WHO received 1500 reports of poor quality and falsified medicines between 2013 and 2017: 42% came from Africa. The London School of Hygiene and Tropical Medicine estimates that 116 000 additional deaths could be caused every year by substandard and falsified antimalarial medicine in sub-Saharan Africa.

Nigeria’s experience over the past 10 years shows that cost-effective solutions to the problem of sub-standard drugs can be developed on the continent. But unless the government, academia, and the private sector collaborate, these solutions can end up not being used.

I was a postgraduate student of pharmaceutical chemistry in Nigeria in the early 1990s. I saw how difficult it was for local manufacturers and universities to maintain the analytical instruments needed to ensure drug quality. Most of the equipment was imported and expensive, and budgets were small.

Problems like this give counterfeiters and clandestine manufacturers a chance to push poor quality medicines into circulation.

This can be a setback for the treatment of infectious diseases like tuberculosis, HIV/AIDS and malaria. It also contributes to the global problem of antibiotic resistance. Proper quality is important for patient safety as well as the effectiveness of medicine.

For example, the United States Pharmacopoeia, funded by the United States Agency for International Development, has introduced a quality initiative in several countries, Nigeria among them. The aim is to share scientific expertise and provide technical support. But these standards call for expensive technology. In most cases this has to be imported from Western countries.

There have been initiatives in Nigeria to develop local technology. But in my experience these initiatives fail to get traction.

A group of researchers at the pharmaceutical chemistry department of the University of Ibadan has looked into this issue. We came up with a method for testing drugs using low-cost technology in 1998.

It started with the realisation that most modern drugs are aromatic in their chemical structure. They are also capable of absorbing ultraviolet light. The main drawback was that most drugs are colourless and are not directly measurable on digital colorimeters. These were much cheaper to maintain than Ultraviolet-visible spectrophotometers that are driven by monochromators. This was solved by chromophoric labelling – chemistry that imparts colour to a molecule.

The result was a reagent and assay technology that fused low cost with high tech and versatility of applications. For example, it can be used to test the anti-inflammatory drug diclofenac. Another example is a test for the blood pressure medication propranolol.

Painfully, the technology was not adopted widely. This was mainly because there was no interface between the university and industry. Industry was not aware of the technology. What’s more frustrating is that the analytical reagent we developed has been used in other academic laboratories around the world.

A major lesson from our experience is that deliberate collaboration between industry, academia and government is the only way to maximise expertise and intellectual property of the Nigerian academy.

There are a myriad of examples of low-cost and agile technologies being used globally. For example, the WHO has designed tests and kits for use outside laboratories, such as in airports and at land borders. Also, the Global Pharma Health Fund in Germany has developed a “mobile laboratory”. This fits into a suitcase. It has been used, for example, to detect fake quinine tablets in circulation in the Democratic Republic of Congo and fake penicillin in Cameroon. This low-cost toolkit has showed promising results.

The Nigerian regulator, the National Agency for Food and Drug Administration and Control, also uses the minilabs. It also uses Truscan, a hand-held instrument to analyse the quality of drugs in circulation. Mobile laboratories reduce the risk of poor-quality drugs reaching patients.

A more lasting solution for resource-poor economies would be to strengthen the ability of local manufacturers to make medicines of acceptable and consistent quality. Many manufacturers aren’t aware that there are low-cost – yet reliable – alternatives to expensive chemical analysis instrumentation.

Nigeria’s pharmaceutical industry is a case in point. An array of alternative assay methods has been documented in the analytical literature for clinically useful drugs. What’s missing is a deliberate commitment and policy to develop Nigerian drug manufacturing. Nigeria’s Ministry of Health should be leading this. For their part, academia and industry need to be working more closely together.

The goal of the National Agency for Food and Drug Administration and Control is to increase local manufacturing of drugs from 30% to 60%. The administration is promoting a policy called five plus five-year validity. This aims to encourage systematic migration to local production in Nigeria.

Collaboration between the administration, the pharmaceutical industry and academia could facilitate local manufacturers’ efforts. They could do this by harnessing the inexpensive and reliable analytical technologies developed by pharmaceutical scientists in Nigeria.

This article is republished from The Conversation Africa under a Creative Commons license. Read the original article.