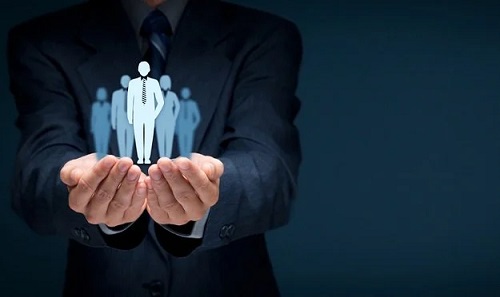 Top 19 most influential people in the Health, Safety and Environment profession are people who through their advocacy, teaching, research, mentoring, legislating, litigating or rule-making has played a role in steering the course of Health Safety and Environment; they have successfully inspired, engaged and driven change in occupational health and safety.

These names are picked from EHS today and SHP online list of “Most Influential People in Health, Safety & Environment”.

These names are not in any order, they are randomly selected due to their contributions to the Health, Safety and Environment profession.

David Michaels is an epidemiologist and Professor in the Department of Environmental and Occupational Health (EOH) at the Milken Institute School of Public Health of the George Washington University.

Until January 2017, he served as the Assistant Secretary of Labor for the Occupational Safety and Health Administration (OSHA). Nominated by President Barack Obama and unanimously confirmed by the U.S. Senate, Michaels began serving in the post in December 2009 as OSHA’s 12th Assistant Secretary. He is the longest serving Assistant Secretary in OSHA’s history.

Lawrence is currently the chair of the British Safety Council, the Managing Partner at the Park Health and Safety Partnership, and was formerly Head of Health and Safety for the London Olympic Delivery Authority, where he oversaw the safest Olympics build on record. Lawrence is delivering “notable, inspirational and relevant” leadership for current events: following the Grenfell Tower disaster a year ago, Waterman was one of the architects of the infamous open letter from safety organisations and practitioners to the government, calling for it to abandon its red tape cutting objectives. Lawrence is also looking to the future of health & safety, helping to launch the BSC’s new manifesto, ‘Combating risk in the digital age‘, late last year.

“He combines clarity of thought, statesman like gravitas and the perseverance to make progress for the whole profession.”

Jordan Barab served as Deputy Assistant Secretary of Labor at OSHA from 2009 to 2017. Before that he worked for the House Education and Labor Committee, the Chemical Safety Board, the AFL-CIO, OSHA and AFSCME. He currently produces Confined Space, a newsletter of workplace safety and labor issues.

John Howard is a physician, professor, and public health administrator. He served a 6-year term as the director of the National Institute for Occupational Safety and Health and was appointed to be a special coordinator to respond to the health effects of the September 11 attacks. In this role, Howard advocated for rescue workers, introducing a program to provide screening, medical exams, and treatment for them. In 2009, Howard was again appointed as director of NIOSH and as World Trade Center Programs coordinator for HHS. In 2011, Howard became the Administrator of the World Trade Center Health Program. In 2016, he became the first person to be appointed to a third 6-year term as NIOSH director.

Thomasina Rogers is the Chairman of the Occupational Safety and Health Review Commission, an independent adjudicatory agency in the executive branch of the federal government.

Lisa Perez Jackson born February 8, 1962 is an American chemical engineer who served as the Administrator of the United States Environmental Protection Agency (EPA) from 2009 to 2013. She is the first African-American to have held that position.

On December 15, 2008, the President-elect Barack Obama nominated Jackson as the Administrator of the Environmental Protection Agency, she was confirmed by the Senate and took office on January 23, 2009. During her tenure, Jackson oversaw stricter fuel efficiency standards; the EPA’s response to the Deepwater Horizon oil spill; authorized carbon dioxide as a public health threat, granting the EPA authority to set new regulations regarding CO2 emissions; and laid out a failed plan to set stricter smog pollution limits by amending the National Ambient Air Quality Standards.

Dr. Thomas Krause is chairman of the board for BST, a consulting firm specializing in comprehensive safety solutions he founded BST in 1979. He is actively involved in leadership coaching and has authored several books and articles on safety and leadership. He is known as one of the founders of the behavioral safety movement.

In 1974 he was hired as an assistant to the International President of the United Mine Workers of America. He later served as a safety inspector, administrative assistant and deputy director in the UMWA’s Safety Division. In 1982 he was appointed administrator of the UMWA Occupational Health and Safety Department where he oversaw health and safety programs.

Hilda L. Solis was confirmed as Secretary of Labor on Feb. 24, 2009. Prior to confirmation as secretary, Solis represented the 32nd Congressional District in California, a position she held from 2001-2009. Under her watch, OSHA and DOL have increased pressure on employers with high injury rates, focused more attention on the safety of Hispanic workers, pushed an ambitious regulatory agenda and proposed new regulations, such as a proposed rule for Injury and Illness Prevention Programs. Meanwhile, MSHA has undertaken an inspection blitz of mines with high incident rates.

John Bresland is president and CEO of the U.S. Chemical Safety and Hazard Investigation Board (CSB). During Bresland’s tenure, the board has expanded its investigation capability and has conducted important safety investigations of the dust explosion at Imperial Sugar, the natural gas explosion at ConAgra, the reactive chemical disaster at T2 Laboratories and the fire and explosion at the Tesoro refinery in Anacortes, Washington. With Bresland at the helm, CSB realized its greatest success in implementing recommendations; for example, with the Labor Department’s recent commitment to develop a new comprehensive combustible dust standard for general industry.

Martin Coyd has used his position as Head of Health & Safety to address the stigma surrounding mental health within construction – called by one voter “the silent killer in the industry”. Through his work to demystify mental health throughout the company and its supply chain he has “driven a behaviour change in the way we look at, monitor & support mental health in the workplace”. Martin is also a champion for LGBT+ issues, another traditionally unspoken topic in construction.

“This one man has done more than anyone to make the lives of construction workers suffering from poor mental health less miserable.”

“Martin is the kind of person who is best described as a leader rather than professional, manager, director or colleague. I have worked as a member of Martin’s team and alongside Martin, and he has never stopped striking me as a one-of-a-kind, unique, inspiring and prominent figure on the professional horizon.”

Terry Mathis, an internationally recognized expert in the application of safety culture and behavior-based safety strategies, founded ProAct Safety in 1993. Before founding ProAct, he was a director of training for Coca-Cola, where he developed several new innovative approaches to safety, and worked for two of the major safety consulting companies. Mathis is a veteran of over 700 safety improvement projects in 18 countries and 12 languages, has spoken at the American Society of Safety Engineers’ annual conference, regional conferences and Seminar Fest, Industry Week‘s Best Plants Conference various other safety and training functions.

Craig has been a member of IOSH Council since 2011, is recent chair and currently the Vice-Chair of the IOSH Consultancy Group, and is on the Executive Committee for the IOSH Humber Branch as well as being a panel chair for chartered fellowship peer review interviews. He has worked to raise the profile of health & safety across the world whilst also pushing IOSH’s Work2022 vision.

“He’s encouraged me and inspired me to get more involved at a level where a difference can be made.”

“Craig has worked tirelessly in his role as President of IOSH. He has done so with great integrity and enthusiasm. Craig has not spent his time promoting himself but promoting IOSH and the valuable work that IOSH members carry out across the globe.”

As chair of the HSLA, Steffan attends parliamentary select committee hearings, speaks at national conferences, and liaises frequently with governmental advisors on policy development. A specialist in crisis management, SHP Readers commented on his “constant devotion” to the health & safety sector and work on “lots of extreme cases such as Grenfell”. Head of the Regulatory team at law firm DWF, Steffan also advises companies, directors and managers with respect to health, safety and environment prosecutions.

“For his work in regard to Parliamentry advice changing the face of politic and reform.”

“He is a thought leader, Chair of the HSLA and a pre-eminent health and safety lawyer.”

C. Christopher Patton, CSP, is president of the American Society of Safety Engineers. The principal health, safety and environmental engineer for Covidien (Formerly Tyco Healthcare/Mallinckrodt), Brown has served as a chapter president and as a region vice president for ASSE, has chaired ASSE’s Future Safety Leaders Conference Task Force and served as a member of the Professional Member Task Force. He was awarded the prestigious ASSE Charles V. Culbertson Outstanding Volunteer Service award for 2006-07.

David chaired the committee that developed ISO 45001, the international standard for occupational health and safety published in March. The first global standard for health & safety, the long journey to publication began in 2013. Eventually, it will replace up to 24 different standards across the globe. David had to lead “a very diverse team of very far apart opinions” to develop the standard “coordinating a standard/framework that will vastly improve industry globally can only be a major positive and help shape companies safety cultures”.

“He had to persuade hundreds of delegates from nations all around the world, each with their separate agendas. That takes some doing. And now 45001 will influence the lives of hundred of millions for years to come. That is a big footprint!”

As occupational health and safety policy adviser, Karen works with and through RoSPA’s National Occupational Safety and Health Committee, assisting the organisation in identifying routes through which health and safety performance within the world of work may be improved. Active across the whole range of health & safety areas in the UK and globally, Karen contributes to a variety of groups tackling issues affecting all ages and “continues to raise awareness of topical issues ranging from car safely for teenager’s, home safely for toddlers and the elderly and the new LOcHER project to change health outcomes for young people at work”.

“Not just a passionate expert on occupational health and safety, Karen is also committed to raising awareness of how the workplace is a perfect conduit for wider efforts on safety outside of work, not only for individual employees and their families but also for communities.”

Sen. Frank Lautenberg, D-N.J., and Reps. Bobby Rush, D-Ill., and Henry A. Waxman, D-Calif., in April introduced the Safe Chemicals Act in both houses of Congress. If passed and signed into law, the legislation will overhaul the Toxic Substances Control Act of 1976 (TSCA) and the way the federal government protects the public from toxic chemicals. The Safe Chemicals Act requires safety testing of all industrial chemicals and puts the burden on industry to prove that chemicals are safe in order stay on the market.

This list is not conclusive, as there are a lot of other people who has contributed immensely to the Health, Safety and Environment profession.

You know them, and it is good to recognize excellence.

What is the Purpose of the Community Safety Education Act