Home Accident At Work What Is Side Impact Collision; Causes & Its Effects On The Body 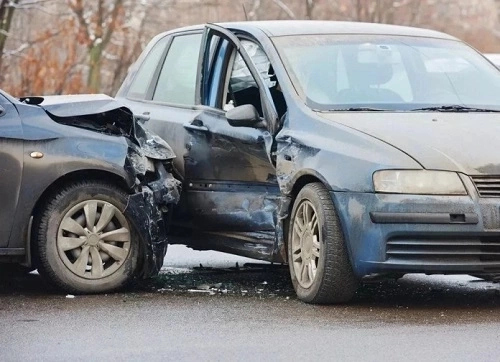 Side impact collision is a vehicle crashes where the side of one or more vehicles are impacted. These crashes often occur at intersections, in parking lots, and when two vehicles pass on a multi-lane roadway.

What happens in a side-impact collision is that the front of one vehicle strikes the side of another. These collisions, also referred to as “T-bone” accidents, can cause severe injuries or even death.

If you or a loved one were involved in a side-impact collision, then you may have a right to compensation depending on the circumstances of your case.

Statistics About Side Impact Crash

For speed, in Europe in 2015, it is considered that best designed cars provide serious front crash protection with speeds up to 70 km/h for car occupants wearing seat belts in frontal impacts and 50 km/h in side impacts.  It is considered that passenger car fatalities and seriously injured side impacts account for about 35 to 40%. In most European countries, another stakeholder is involved in the side impact, with a rate between 45% and 66%. But side impact (22% to 29%) is less common that frontal impact (61% to 69%).

For European motorcyclists, side impact is the second most frequent location of impact.

For European cyclist, thorax injuries are associated with side-impact injuries in urban areas and/or at junctions.

In European countries, such as UK, Sweden and France, around one quarter of traffic injuries are produced by side collision, but among people subject to killing injuries the side impact account for 29 to 38% of those fatal injuries.

Also, side collision are not well managed with child restraints which are not enough taking into account the movement of the child’s head and prevent contact with the car’s interior.

For light vans and minibuses in 2000 in UK and Germany, between 14% and 26% of accidents with passenger cars are side impact.

In Shanghai, in China, 23% of the 1097 serious accidents occurred between June 2005 and March 2013 are side impact accidents, there the leading collision mode, according to the Shanghai United Road Traffic Safety Scientific Research Center (SHUFO) database. The head and neck are involved in around 64% of the casualties.

Read Also: Side swipe accident; Causes, injuries & how to prevent it

Causes Of A Side Impact Collision

Like most car accidents, what happens in side-impact collisions can be the result of reckless or careless behavior by one or more motorists. According to the Huffington Post, some of the most common causes of such car accidents are:

Any of these behaviors and possibly others could reasonably lead to a side-impact collision.

Possible Injuries From a Side Impact Collision

Side impact collisions can cause severe injuries, especially if the driver or passenger is seated on the side of the vehicle where the impact occurs. Some of the injuries that can occur from a side-impact collision include:

Can a side impact cause whiplash?

Effects Of Side Impact Car Crashes On The Body

Side impact collision tends to have a more devastating effect on the human body than all other types of car accidents, according to researchers at Monash University Accident Research Centre in Melbourne. Side impact car accidents kill between 8,000 and 10,000 people each year, more than rear-end and head-on collisions combined. Even at speeds as low as 30 km/h, side impact car crashes routinely cause serious injuries to the occupants of the struck car. While modern automotives have many safety features to protect drivers and passengers from front and rear accidents, such as airbags, seatbelts, and bumpers, side impact car crashes leave occupants relatively unprotected. Some automotives feature side curtain airbags, but most vehicles offer no protection from side impact crashes besides the car door.

Due to the lack of standardized safety installations to protect occupants, the types of possible injuries suffered in a side impact car crash can vary greatly, ranging between head injuries, ear injuries (most often caused by broken glass and airbags), neck injuries, back injuries, rib injuries, shoulder and arm injuries, or hip and leg injuries. For people riding on the struck side of the car, severe injuries are most commonly delivered to person’s neck, followed by the head, chest, legs, and abdomen/pelvis. For car occupants riding on the non-struck side of the car, head injuries are most common, followed by chest injuries.

While injuries to the spine, neck, and head differ in severity depending on the speed and force of impact, these are the most frequent injuries reported in US insurance claims. An estimated 66 percent of insurance claimants under bodily injury liability coverage reported minor neck injuries in 2007 alone, making up about two-thirds of all claims. Neck and spine damage often cause chronic pain, shock, and even paralysis.

Studies conducted in crash simulation labs at the Northeastern University School of Mechanical Engineering and Automation in Shenyang have shown why these usually non-lethal spinal injuries tend to be the most common. When the body of an occupant is first accelerated by the crash impact, the head remains static, which causes the neck to absorb the majority of force. As muscles and ligaments in the neck are stretched beyond their natural limits, the head begins a lateral motion to its original position, pulling the neck back in the opposite direction. This rapid movement back and forth (sometimes called whiplash) results in injuries to nerve roots and discs in the cervical spine. Besides damaging the neck and spine, this process also frequently causes concussions.

Concussions occur when blunt trauma or blows to the body cause the brain to rapidly jostle against the interior skull, possibly also twisting and rotating the brain from its original position in the process. Both types of concussions commonly happen in side impact car crashes. Since concussions are rarely life-threatening, some medical professionals may describe a concussion as a “mild” brain injury, but their effects can be serious, and may even leave lifelong damage.

The CDC now recognizes concussions as a form of traumatic brain injury. The strain of a concussion can cause axons (the long fibers that connect brain cells) to stretch or swell, disrupting their ability to send and receive signals. Damaged axons may permanently lose their ability to communicate with the rest of the body. If left untreated, lingering symptoms may include headaches, fatigue, chronic pain, loss of coordination, depression, anxiety, vertigo, dizziness, epilepsy, blurred vision, eye pain, attention disorders, reading comprehension problems, and continued memory loss. To prevent these persistent symptoms, it is imperative to alleviate swelling in the brain with an ice pack and to stay under medical supervision for at least 24 hours in case further complications occur. Follow-up appointments to ensure proper healing are heavily recommended during the days or weeks spent in recovery. The likelihood of permanent brain damage dramatically increases if a concussion isn’t treated immediately.

While whiplash and concussions are the most definitive injuries caused by side impact car crashes, injuries to the limbs and chest remain about as common as those sustained in rear-end or head-on collisions. Occupants on the unstruck side of the car are more likely to suffer these more common limb and chest injuries when they are hit by the body of the person in the seat next to them, or by the upright pillar immediately behind the front door where the seatbelt is anchored.

Here is what to do after a car accident

What To Expect After a Motorcycle Accident: Advice For Victims and...

7 Most Common Injury From Motorcycle Accident