6 Psychological Hazard Examples You Should Be Aware Of

Jun 27, 2022 Psychological Hazard Examples, psychosocial hazards in the workplace, what is psychological hazard and its examples 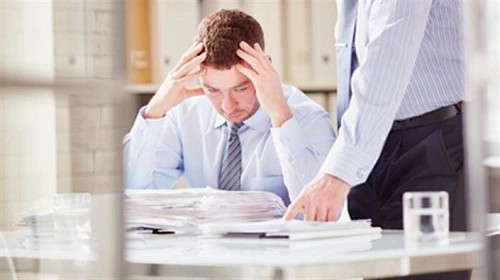 In this article we will be focusing on “Psychological Hazard Examples“.

Psychological hazard as defined by the Psych Wiki is an event that causes stress, damage or distress that does not originate from an external physical agent but rather from the nature of the work environment itself.

A Psychological Hazard can be either positive or negative depending on the situation. In general, psychological hazards are known to decrease productivity and motivation in the work place. This can lead to long term health problems and even workplace accidents, which are costly for both the worker and their employer.

In the next lines of this article we are going to discuss some psychological hazard examples, and why you should be aware of it. This way you will have all the information needed in order to avoid psychological hazard in your own life, work, or at least be prepared if you encounter them. Please read on if this interests you!

Loss aversion is a psychological hazard where we often react to situations with unnecessary severity. This causes us to make poor economic decisions because we tend to focus on avoiding losses rather than pursuing gains. It is easier to recognize in other people than it is in ourselves, but if you want to minimize its effects, try not taking things so personally—this way, it will be easier for you to recognize potential hazards and deal with them appropriately.

The psychological hazard examples of loss aversion tend to crop up in your personal finances. It’s natural to feel losses more than you enjoy gains—so naturally, you will be more focused on protecting yourself from losses rather than actively chasing after a reward.

In finance – Try not taking big purchases or financial decisions so personal; if it goes wrong, recognize that it isn’t a personal failure, and move on to figure out what you did wrong and how you can avoid those same mistakes in future endeavors.

Loss aversion is not just a psychological hazard example you need to be aware of in your personal life—it can also influence how you deal with hazards at work. When you deal with occupational health and safety concerns, it is essential to remember that your goal is always to protect workers and avoid accidents. If you let yourself be swayed by loss aversion, it can get in your way, affecting how you look at potential hazards.

Overconfidence bias is a condition where an individual has too much confidence in their own abilities or thoughts. This leads to further cognitive biases that can affect decision-making and judgement, often with negative results. The effects of overconfidence can be felt in different facets of our daily life, including leadership decisions, business operations, and financial planning.

In fact, anyone can feel a bit overconfident at times—overconfidence bias is actually quite common! The good news is that there are many ways to help avoid psychological hazard effects. For example, if you are leading a group of people or project, it is important to remember that everyone has different strengths and weaknesses. By making sure to consider everyone’s opinions and experiences when making decisions in business operations or other aspects of life, you can help reduce overconfidence bias.

Another psychological hazard example that you should be aware of is a mental health condition known as compassion fatigue. This type of psychological hazard effect occurs when workers begin to feel mentally exhausted due to a high level of empathy for others. Compassion fatigue can result in things like loss of concentration, lapses in attention, and even failure to follow through on assignments due to feelings of low morale or depression.

This is a mental health condition which is caused by excessive exposure to trauma or death at work. It may even be triggered by assisting with traumatic events in your community outside of work.

Compassion fatigue is preventable. There are things you can do to protect yourself from experiencing this psychological hazard, including establishing boundaries between personal and professional life and taking time off for vacations or other periods of rest. It is also important to know when it is time to seek professional help for any symptoms you might experience related to psychological hazards.

Regret aversion refers to how people react to a choice they have made with a bias toward avoiding future regret, even when there are potential gains from making different decisions. Although it is not quite as glamorous as some of our other examples, regret aversion is probably one of your most common psychological hazards. One study found that, under certain conditions, nearly 80% of subjects chose to stick with their initial choice. Why?

Researchers believed that participants were trying to avoid feeling regretful in case they had chosen differently—even though changing their minds would have been beneficial for them. This is not just an academic exercise:

In another study, researchers at MIT and Carnegie Mellon University asked students about hypothetical career choices—and then allowed them to change their minds after hearing more information about each option. The results showed that students who had already committed themselves were less likely to switch than those who had not yet decided on a path.

This can influence your decisions at home or at work. For example, one study found that most participants who were given a small bottle of wine to take home drank it on their first night—even though they would have received a more expensive bottle if they had waited a week and returned to complete their assigned task. Why? Because people are more likely to go with their gut in the moment than wait for something potentially better in the future.

READ: 6 Major types of hazards you should know

Regret aversion can interfere with decisions relating to psychosocial hazards at work. For example, consider how long it took you to make a decision when you applied for your current job. What made you go for that particular job, rather than some other option?

The answer is probably related to regret aversion: The more time and effort you have already invested in a choice, and the more difficult it is to change course later on, the less likely you are to do so—even if changing course would be beneficial in the long run. This type of thinking may even prevent companies from taking action on workplace safety issues. After all, why fix something if there’s no evidence of harm or risk?

This example comes from behavioral economics. The gambling fallacy is an effect in which people think that if they have performed an action a certain number of times before, it will happen again. For example, if you flip a coin five times and get heads every time, you are likely to believe that heads will appear on your sixth flip as well—even though you know there is no reason why it should.

We also have another psychological hazard termed recency bias. This fallacy assumes that something new is better than what you are used to. For example, you may perceive a movie to be more entertaining if it has recently come out than if it had been released years ago—even though nothing has changed about the movie itself. In business settings, recency bias can cause employees to prefer newer tools and methods over old ones without any objective evidence of superiority.

Also in occupational health and safety you may feel a particular mode of operation will not result to an accident even though you do not have reasons to back it up; that is gambling fallacy.

When you give people something for free, they are likely to return some kind of favor or courtesy. It may seem like a friendly gesture, but giving away something can also have negative repercussions. The reciprocity effect is a psychological concept that demonstrates that when someone gives us something, we feel obligated to provide them with something in return. This return gift does not always have to be equal—in fact, it is usually not.

For example, if your boss pays for lunch one day, you might feel inclined to work an extra hour or two on his next project. On a more serious note, companies use these tactics all of time; many banks offer free checking accounts and will charge their customers fees if they do not meet certain requirements. As long as customers are receiving something free from their bank (even if it’s just not being charged), they tend to stay loyal and continue using that same bank.

This effect can also be used to motivate a company’s employees to take extra measures that ensure their own safety. A good example of how reciprocity works in occupational health and safety is offering rewards to your employees, such as gift cards or pizza parties, if they wear protective gear like hard hats.

On a personal level, you can help prevent occupational hazards by taking on these practices yourself.