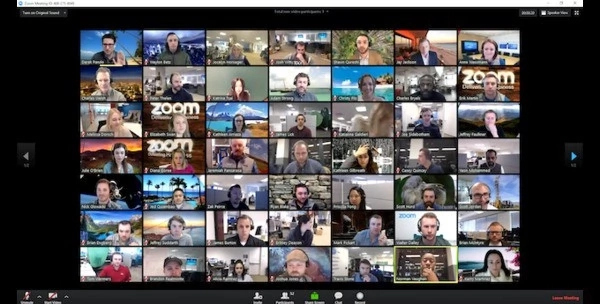 Is your schedule of upcoming Zoom meetings getting you down? Results of a recent study suggest that the path to reduced fatigue – and increased engagement – might be as simple as switching off your camera during virtual meetings.

For four weeks, researchers from the universities of Arizona, Arkansas and Georgia, as well as Texas A&M University, followed 103 employees of a health care services company. The group controlled for camera use during virtual meetings while gathering more than 1,400 daily impressions. Participants completed a survey after each workday that assessed their fatigue, feeling voice and engagement.

Results show that the workers found it more tiresome to be on camera during the meetings, and their fatigue “was presumed to relate negatively to voice and engagement.” Additionally, female workers and those newer to the company experienced a heightened sense of fatigue, which likely stemmed from pressures related to self-presentation, the researchers hypothesize.

In a press release, study co-author Allison Gabriel, professor and distinguished scholar in the University of Arizona Eller College of Management, cites pressures such as looking prepared, maintaining a professional background and keeping children out of the room.

“When people had cameras on or were told to keep cameras on, they reported more fatigue than their noncamera-using counterparts,” Gabriel said. “And that fatigue correlated to less voice and less engagement during meetings. So, in reality, those who had cameras on were potentially participating less than those not using cameras. This counters the conventional wisdom that cameras are required to be engaged in virtual meetings.”

The study was published in the August issue of the Journal of Applied Psychology.