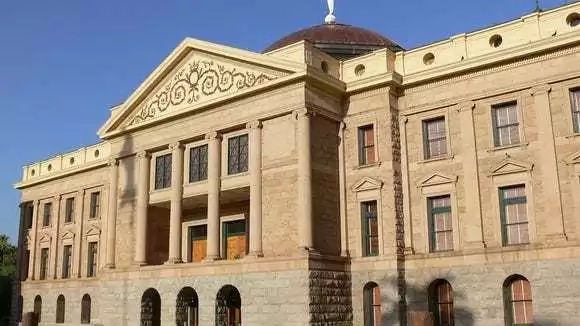 The Arizona legislature is considering legislation that would remove the ability of every town, city, and county in the state to decide what types of energy infrastructure is built within its borders.

Municipalities across the United States have been using their authorities over building energy codes to incentivize new construction that uses the most efficient, cleanest, and healthiest technologies. This means avoiding dangerous, costly, and polluting fossil fuels. These popular local initiatives are effective tools for communities to influence the policies that affect their housing and energy costs, the health and safety of the environment they live in, and the quality of their future climate.

However, House Bill 2686 and Senate Bill 1222, which were introduced into the Arizona Legislature last week, would rob Arizonans of this valuable tool for self-determination. The bills would prohibit local governments from adopting any ordinance, code, or land use plan that supports buildings that use only one fuel and would limit local governments’ abilities to incentivize the construction of healthier, more economic buildings via permitting processes.

There is increasing awareness that gas infrastructure and appliances can pose serious risks for the health and safety of communities:

In addition to reducing health and safety risks, avoiding new fossil fuel infrastructure can help communities build new homes more quickly and affordably. Homes built to use electricity for all needs can save thousands of dollars in initial construction costs by avoiding the need to connect to the gas mains in the street, as well as installing a gas meter, gas pipes, and gas combustion venting inside the building.

Arizona Public Service announced recently a commitment to move to 100% clean energy, including its support for increasing energy efficiency and use of clean electricity for water and space heating: this bill would make that move much harder. And Arizonans should not be forced to pay for fossil fuel infrastructure that the leading utilities in the state have already committed to move away from.

Local governments have the responsibility to honor and protect the choices of their citizens, particularly when those choices insulate them from future cost burdens and health risks. Now the same interests already suing municipalities in other states for protecting the preferences of their citizens appear to be proactively looking to take away the ability of local governments in Arizona to determine their future.

These dangerous bills would permanently infringe on the ability of Arizonans to power their lives with electricity generated from emissions-free renewable energy and lock them into dangerous fossil fuel infrastructure for decades to come. While the rest of the nation and world moves to super-efficient electric heating technologies powered by clean energy, Arizonans could be left behind if these bills become law.