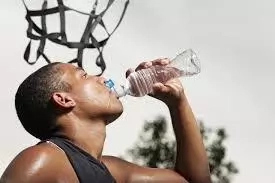 Water is essential to good health, the process of drinking water is called hydration. But how much water is too much for each day?

This is a simple question with no easy answer.

Studies have produced varying recommendations over the years. But your individual water needs depend on many factors, including your health, how active you are and geographical region.

No single formula fits everyone. But knowing more about your body’s need for fluids will help you estimate how much water to drink each day.

What is proper hydration?

However, “Proper hydration” is notoriously difficult to define. Fluid needs vary by age, sex, diet, activity level, and even the weather.

Health conditions like kidney disease and pregnancy can also alter the amount of water a person should drink each day. Certain medications can affect the body’s fluid balance, too. Even your own individual hydration needs can change from day to day.

In general, most experts recommend calculating half your weight and drinking that number of ounces per day. For example, a 150-pound person could strive for a daily total of 75 ounces (oz.), or 2.2 liters (L).

The Dietary Reference IntakeTrusted Source from the Institute of Medicine also offers guidelines for adequate water consumption for children and adults.

What are the health benefits of water?

Water is your body’s principal chemical component and makes up about 50% to 70% of your body weight. Your body depends on water to survive.

Every cell, tissue and organ in your body needs water to work properly. For example, water:

Lack of water can lead to dehydration, a condition that occurs when you don’t have enough water in your body to carry out normal functions. Even mild dehydration can drain your energy and make you tired.

How much water do you need?

Every day you lose water through your breath, perspiration, urine and bowel movements. For your body to function properly, you must replenish its water supply by consuming beverages and foods that contain water.

Read Also: Patient Safety; Everything You Need to Know [An Indepth Review]

How much fluid does the average, healthy adult living in a temperate climate need?

According to Institute of Medicine, here is the amount of water you need:

Much water you need varies. But there are some basic guidelines:

If you’re outside on a hot day, or doing something that makes you sweat a lot, you’ll need to drink more fluids to stay hydrated. The same is true if you have an illness that causes you to throw up, have diarrhea, or run a fever.

If you have a condition like heart failure or a particular type of kidney disease, you may need to limit your fluid intake. Talk to your doctor about what’s right for you.

How Much Water Should Kids Be Drinking?

Like adults, how much water children need depends on many things, like their age, how much they weigh, and their gender. Other things that play a role include how healthy and active they are, and what the climate is like where they live.

In general, children and teens need about 6 to 8 cups of water a day. They should also eat lots of fresh fruits and veggies, which are full of water.

During play or exercise, a good goal is to drink a half cup to 2 cups of water every 15 to 20 minutes.

You might need to modify your total fluid intake based on several factors:

How do I know if I’m drinking enough?

Your fluid intake is probably adequate if:

Your doctor or dietitian can help you determine the amount of water that’s right for you every day.

To prevent dehydration and make sure your body has the fluids it needs, make water your beverage of choice. It’s a good idea to drink a glass of water:

What happens when you drink too much water?

Drinking too much water is rarely a problem for healthy, well-nourished adults. Athletes occasionally may drink too much water in an attempt to prevent dehydration during long or intense exercise. When you drink too much water and your kidneys cannot get rid of the excess water, the sodium content of your blood becomes diluted. This is called hyponatremia and it can be life-threatening.

The body strives to constantly maintain a state of balance. One part of this is the ratio of fluid to electrolytes in the bloodstream.

We all need certain amounts of electrolytes like sodium, potassium, chloride, and magnesium in our bloodstream to keep our muscles contracting, nervous system functioning, and body’s acid-base levels in check.

When you drink too much water, it can disrupt this delicate ratio and throw off the balance — which is, unsurprisingly, not a good thing.

The electrolyte of most concern with overhydration is sodium. Too much fluid will dilute the amount of sodium in the bloodstream, leading to abnormally low levels, called hyponatremia.

Symptoms of hyponatremia may be mild at first, such as a feeling of nausea or bloating. Symptoms can become severe, especially when sodium levels suddenly drop.

First symptoms of water intoxication include:

Severe cases of water intoxication can produce more serious symptoms, such as:

A buildup of fluid in the brain is called cerebral edema. This can affect the brain stem and cause central nervous system dysfunction.

In severe cases, water intoxication can cause seizures, brain damage, a coma, and even death.

Bottom line: Drinking too much water can increase the pressure inside the skull. This can cause various symptoms and, in severe cases, become fatal.

Read Also: How to Treat Diarrhoea in Children (Runny Stomach)

What is water intoxication?

Also known as water poisoning, water intoxication is a disruption of brain function caused by drinking too much water.

What can cause water intoxication?

Water intoxication is rare, and it is very difficult to consume too much water by accident. However, it can happen — There have been numerous medical reports of death due to excessive water intake.

Water intoxication is particularly common among endurance athletes. It can happen if a person drinks a lot of water without correctly accounting for electrolyte losses.

For this reason, hyponatremia often occurs during major sporting events.

As the authors of one study report, out of 488 participants in the 2002 Boston Marathon, 13% had hyponatremia symptoms, and 0.06% had critical hyponatremia, with sodium levels of less than 120 mmol/l.

Instances of water intoxication at these events have resulted in death. One case involved a runner who had collapsed after a marathon.

Because he was improperly rehydrated, his sodium levels fell below 130 mmol/l. The runner then developed water on the brain, known as hydrocephalus, and a hernia in his brain stem, which caused his death.

One medical report described 17 soldiers who developed hyponatremia after drinking too much water during training. Their blood sodium levels were 115–130 mmol/l, while the normal range is 135–145 mmol/l.

According to another report, three soldiers died due to hyponatremia and cerebral edema. These deaths were associated with drinking more than 5 liters of water in just a few hours.

The symptoms of hyponatremia can be misinterpreted as those of dehydration. According to one report, a soldier who received an incorrect diagnosis of dehydration and heat stroke died from water intoxication as a result of rehydration efforts.

It is most common among people with schizophrenia, but it can also arise in people with affective disorders, psychosis, and personality disorders.

Bottom line: Water intoxication can be life threatening, and it is most common among soldiers in training, endurance athletes, and people with schizophrenia.

Read Also: What Are the Risks and Benefits of Drinking Cold Water?

You have heard the term “Water intoxication” or “Water poisoning,” but these aren’t the same thing as hyponatremia.

“Hyponatremia merely means the serum sodium is low, defined as less than 135 mEq/liter, but water intoxication means the patient is symptomatic from low sodium,”.

It’s rare and quite difficult to drink enough water to get to this point, but dying from drinking too much water is entirely possible.

How to stay hydrated without overdoing it

It’s debatable whether there’s truth to the adage, “If you’re thirsty, you’re already dehydrated.” Still, it’s certainly a good idea to drink when you feel thirsty and to choose water as often as possible. Just make sure you pace yourself.

“Aim to sip water slowly throughout the day rather than waiting too long and downing an entire bottle or glass at once,” says Hernandez. Be especially careful after a long and sweaty workout. Even if your thirst feels unquenchable, resist the urge to chug bottle after bottle.

To hit the sweet spot for fluid intake, some people find it helpful to fill a bottle with their recommended adequate intake and drink it steadily throughout the day. This may be especially useful for those who struggle to drink enough, or simply to get a visual of an appropriate daily amount.

For many, however, it’s more practical to monitor the body for signs of adequate hydration than to focus on hitting a specific number of liters per day.