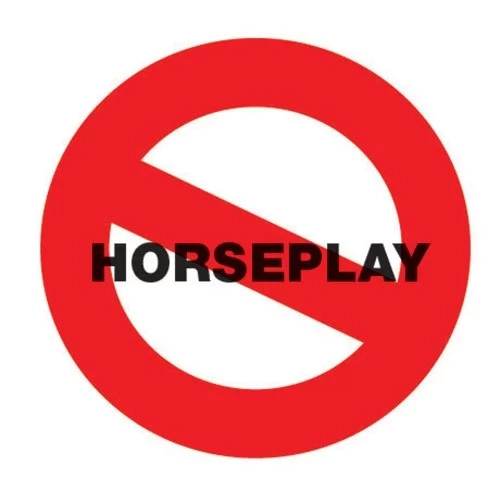 Horseplay is a common word in our workplaces; it is a term used to describe a fooling and foolish behaviour which often result to accident and injury.

The word horseplay dates back to the 1580’s. In the 16th century, “ Horse” was an adjective describing anything strong, big or coarse. Horseplay means a strong play. This is shown from From the way young horses play together; they chase each other up and down, play-fight, etc, which can often result in unintentional physical harm.

The examples of horseplay are much, as it covers all foolish play which could result to harm.

Horseplay can result to several forms of accident depending on the pattern of the play.

Since the result of this act cannot be predicted, it is better avoided.

What is a struck by hazard