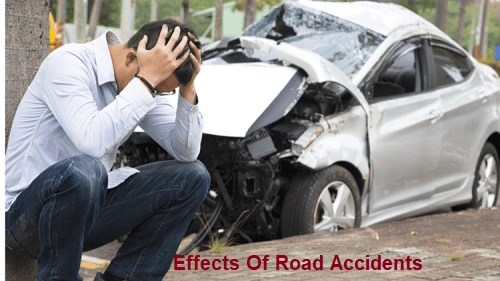 When we talk about effects of road accidents, it is very vast. It effect ranges from physical, emotional, social and economic effects for everyone involved.

Drivers and passengers can suffer from minor cuts and bruises to broken limbs, whiplash, back and spinal injuries, paralysis and even death. Vehicles in road accidents are damaged and may be in need of minor or costly repairs or may even be no longer drivable. Other effects of traffic accidents can include emotional and mental distress as people can suffer from post-traumatic stress from being involved in the accident or from losing a loved one due to a traffic accident.

Within the scope of this article, we will consider majorly three (3) effects of road accidents:

The more severe physical injuries associated with a car accident commonly include brain and head trauma such as a traumatic brain injury, neck injuries such as whiplash, neck strains, or disk damage, and back or spine injuries such as sprains, strains, fractures, or disk injuries.4

Physical injuries that are associated with long-term effects are usually permanent disabilities such as amputations, paralysis, or TBI’s which create a diminished mental capacity, but soft tissue injuries that affect the tissue surrounding and connecting tendons, muscles, and ligaments are also usually long term.

This is why determining the extent of an injury and the potential for future pain and suffering is an important component to recovering from an auto accident.

Some injuries are not immediately apparent after an accident, but regardless of when an injury first appears, it can have a long-term effect. One of the areas in which car accident injuries typically are long lasting is those related to psychological or emotional trauma.

Read: Mandatory Signs And Their Meanings

Studies indicate that one-third of those individuals involved in a nonfatal accident continue to have the above-mentioned symptoms of emotional trauma a year after the accident including post-traumatic stress disorder, depression, and phobias.2 Recovering for the long-term emotional and mental injuries after a car accident should be calculated into the pain and suffering damages.

A new World Bank study, funded by Bloomberg Philanthropies, finds that reducing road traffic deaths and injuries could result in substantial long-term income gains for low- and middle-income countries. The report, “The High Toll of Traffic Injuries: Unacceptable and Preventable,” introduces a new global methodology to calculate the economic impact of road safety and analyses the cases of China, India, the Philippines, Tanzania and Thailand.

The study finds that countries that do not invest in road safety could miss out on anywhere between 7 and 22% in potential per capita GDP growth over a 24-year period. This requires policymakers to prioritize proven investments in road safety. The cost of inaction is more than 1.25 million deaths a year globally, diminished productivity and reduced growth prospects.

Road traffic fatalities disproportionately affect low- and middle-income countries, where 90% of global road deaths occur. Rising incomes in many developing countries have led to rapid motorization, while road safety management and regulations have not kept pace.

Death rates from road traffic injuries are high in LMICs – in 2015, reaching 34 per 100,000 in the countries studied. By contrast, the average across the 35 countries of the Organization for Economic Cooperation and Development (OECD) in the same year was 8 deaths per 100,000.

The greatest share of mortality and long-term disability from road traffic crashes happen amongst the working-age population (between 15 and 64 years old).

According to the report, deaths and injuries from road traffic crashes affect medium- and long-term growth prospects by removing prime age adults from the work force, and reducing productivity due to the burden of injuries.

Using detailed data on deaths and economic indicators from 135 countries, the study estimates that, on average, a 10% reduction in road traffic deaths raises per capita real GDP by 3.6% over a 24-year horizon.

In addition to the GDP gains from preventing death and injury, road safety interventions improve welfare benefits to the society.

The World Bank study has quantified these gains for the five countries using a range of income and risk reduction scenarios. Measured in 2005 US dollars, the welfare gains range between $5,000 to $80,000 in Tanzania, and between $850,000 to $1.8 million in Thailand.

To achieve these welfare gains the report lists interventions that include reducing and enforcing speed limits, reducing driving under the influence of alcohol, increasing seat-belt use through enforcement and public awareness campaigns, and integrating road safety in in all phases of planning, design, and operation of road infrastructure.

“Traffic crashes kill more than 1.25 million people around the world each year and they also take a huge economic toll, with so much human potential being lost. Investments in road safety pay for themselves many times over, and hopefully this new report will spur governments to take actions that save lives,” said Michael R. Bloomberg, philanthropist, three-term Mayor of New York City and entrepreneur.

“Inspired by disease impact studies, this it is one of the first systematic efforts to estimate both the potential economic benefits and aggregate social welfare gains of reducing road traffic injuries in low- and middle income countries,” said José Luis Irigoyen, World Bank Senior Director for Transport and ICT.

“Curbing road traffic injuries would not just be a victory for the transport sector but a significant milestone for global development, with immediate and far-reaching benefits for public health, wellbeing, and economic growth.”

Bloomberg Philanthropies Initiative for Global Road Safety has dedicated $259 million over 12 years to implement interventions that have been proven to reduce road traffic fatalities and injuries in low- and middle-income countries. 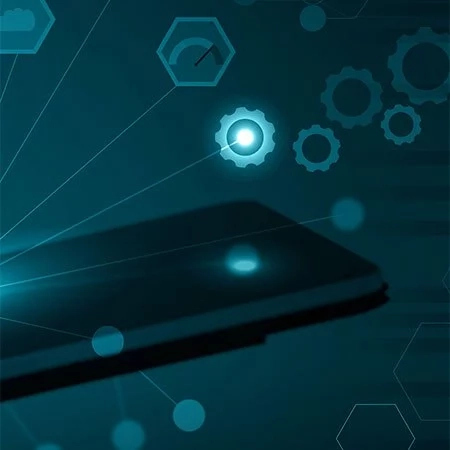 Are You A Truck Driver? Here Are Some Tips For Driving...