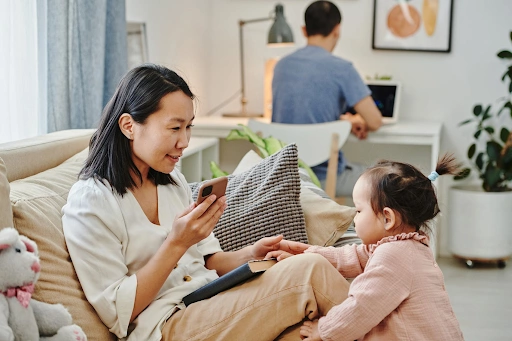 Ionizers, air purifiers, what’s the difference? Ionizers come in many different shapes and sizes to suit any size room or hard-to-reach areas. They also don’t require filters which makes them very low maintenance. Air purifiers typically have a filter that needs replacing every 6 months or so, but their effectiveness varies depending on the model. In this guide, you’ll find out the pros and cons of each along with how they work.

Air purifiers have been around for a long time and use a FIVE-STAGE PROCESS to clean the air. It is important to divide these two appliances into processes because it helps in knowing the difference between the two. In the first process, many different areas of the air purifier will be used. The first stage is HEPA filtration that catches particles as they enter the purifier including bacteria, chemicals, pollen, and more. The second stage is the pre-filter that captures larger particles to keep your air cleaner for a longer period of time. The third, fourth, and fifth stages are activated carbon filters that are layered to capture odors, chlorine, formaldehyde, VOCs (volatile organic compounds) and to remove them from the air.

Air purifiers come in different sizes, shapes, wattages, price points, and technologies. For example, some air purifiers are whole-home units that cover up to 2,000 square feet while others are personal portable models that can be carried around with you.

The pros of an air purifier are clear: it’s environmentally friendly (no harmful chemicals used), captures the smallest particles possible including germs and bacteria while some even come with ionizers that can neutralize odors.

The cons are the cost associated with maintaining the filters regularly as well as its poor performance in removing strong odors such as cigarette smoke and pet smells. Also, keep in mind that air purifiers operate at a low speed which is why they use activated carbon filters to improve their performance. If run at high speeds, the filters will not be able to catch all of the particles in the air.

Ionizers help to purify your indoor air without using any additional filters or costly replacement parts which make them environmentally friendly long-term investments. Air Ionizers use either an electrostatic process or corona discharge process which involves no moving parts. By using one or both of these processes they produce ions that clean surrounding surfaces including walls, ceiling tiles, flooring, etc. while emitting ozone which can break down indoor toxins and irritants such as odors, formaldehyde, and VOC’s.

The effectiveness of the technology and its price will determine how often your air purifier needs to be replaced and what kind of pollutants it can remove from the air, whereas ionizers do not need replacement parts or filters which makes them more environmentally friendly in the long term. A standard ionizer costs anywhere from $300 to $500, but newer models are available for as low as $50.

The pros of an ionizer are clear: they remove odors and contaminants which makes your air healthier to breathe in. They also capture particles that carry viruses, bacteria, mold spores, pollen, pet dander, dust mites, and other allergens by releasing both positive AND negative ions into the area where you need it most through its electrostatic process.

The cons are that their technology is still being perfected which causes some units to run at a low speed or even turn off unexpectedly due to safety sensors built into them. Ionizers are effective only within the range of 1-2 feet around them which means you will need multiple ionizers throughout your home to get the most out of them.

Many people wonder what the difference is between an ionizer and an air purifier and which one is more effective in differentiating between this debate lies in how they produce ions or clean the air. Air Purifiers use a process that involves FIVE STEPS to cleanse your air while many Ionizers can do it with only TWO STEPS depending on their technology. The IMPEDANCE EFFECT leaves behind negative ions once its job is complete whereas other IONIZING TECHNOLOGIES continue to emit both positive and negative ions throughout its lifespan; these technologies can help keep your air cleaner for longer periods of time since don’t need to change any filters.

Air purifiers use a FIVE-STAGE PROCESS while Ionizers only use TWO STEPS to get rid of indoor toxins such as odors, VOCs, and formaldehyde. Air Purifiers tend to be more effective than Ionizers but both have their benefits depending on your individual environment and circumstance. So, depending on what you need, you can choose either one keeping in mind these differences.